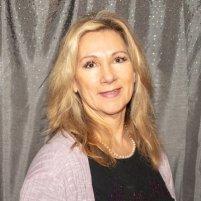 Filling in your eyebrows to achieve a thick look with a defined arch can be difficult and time-consuming. If you’re ready for a more permanent solution, Deborah Freeman MacDonald, R.E. Inc, has skilled laser and skin care specialists who perform microblading at their offices in Hopedale and Framingham, Massachusetts. With microblading, you can forget about filling in your brows with a pencil every day. To learn more, call Deborah Freeman MacDonald, R.E. Inc, or schedule an appointment online today.

Microblading is a technique that carefully feathers thin strokes of pigment into your eyebrows, much like a tattoo. The procedure involves making small cuts into the skin to implant the pigment, making it a semi-permanent treatment.

The texture of microblading looks exactly like your eyebrows and blends in seamlessly, so the results look as if you have naturally thick, defined eyebrows.

How does microblading work?

During microblading, the team uses an extremely small, thin blade to create hair-thin cuts in your eyebrows. These tiny cuts make room for new pigment, similar to a tattoo. The team matches the color of the pigment to your eyebrows for a natural look.

Anybody can get microblading, but you’ll see the most dramatic results if you have thin, sparse eyebrows that often require several products to fill them in. Microblading is especially helpful for those who have alopecia, a chronic condition that causes widespread hair loss.

If you already have thick eyebrows, microblading can help you achieve the definition you’ve always wanted without eyebrow pencils and gels.

How long does microblading take?

Microblading typically takes up to three hours for your first appointment and two hours for your second. How long you need depends on the color and thickness of your eyebrows. To allow time for your skin to heal, it’s best to space these appointments out by about 4-6 weeks.

You should notice a significant change in the color and definition of your eyebrows immediately. The pigment may look darker than you’d like at first, but it typically softens after 2-3 weeks.

How long does microblading last?

Microblading naturally fades on its own in about 12-18 months, but your results can last up to 2-3 years in some cases. As long as you return to Deborah Freeman MacDonald, R.E. Inc, for routine maintenance treatments, microblading can last as long as you want.

When performed by a trained technician, microblading is a safe and effective solution for lackluster eyebrows. Because the treatment cuts into your skin, it’s important to avoid infection after your visit.

You should avoid getting your face wet for at least 10 days after microblading to minimize your chances of complications. As the pigment settles into your skin, don’t wear makeup for at least a week.